Primitive preborn reflexes (PPR) may be cause for learning disorders or emotional problems.

This may effect the further development of perception, motoric and emotional control.

Fetal programming means, that beside of genetics the course of pregnancy will have an effect on the outcome for the individual development of a child as well.

PPR give the fetus a skill for movement and - in case of external stress - for fighting in order to preserve life. If released, PPR will not be stopped.

The next task in the interaction of the different PPR will be preparing the fetal body for birth (flexing the body into the right position for birth / vertex presentation)*, and in the process of birth the way of winding the body through the birthing channel**, by this action making natural birthing process even possible.

ATNR also helps to survive the compression of the umbilical cord during press woe.

Analogous to the prepartal task, the main part is to preserve life.

So the sucking reflex tells the newborn how to achieve nutrition. Or the ATNR shows, how to turn over, when breating is impaired.

What happens, when there have been complications during pregnancy, the birthing process or when PPR have been activated after birth in cause to preserve life?

Usually during postpartal development in the first year of life, according to maturation of brain, motoric actions of the child should not follow stereotype patterns caused by a specific stimulus, but should be a differentiated answer to its surrounding.

With development of differentiated motoric skills together with growing control on balance and body posture and more of voluntary movements, controlled by higher brain cells, the PPR should integrate, meaning: should become more and more suppressed.

So, when PPR are more activated than usual, specially when surviving only per activation was the case, these reflexes will not get suppressed sufficiently and will furthermore influence emotions and actions or learning skills (i.e. concentration) for years to come.

In our patients with persisting PPR we meet:

So, it is essential to inspect persistence of PPR in child and adolescent psychiatry, for it may have a severe effect on problems that are frequently presented at our clinic.

That means, you will not be able to treat sufficiently any anxiety disorder, eating disorder, obsessive compulsive disorder, impulse control disorder or attention deficit disorder with verbal therapy or drugs only, if PPR are involved.

So, not knowing about PPR or not being able to test your patient for peristing PR means for example, that your drug given for treatment of ADHD must be given in higher dosage with more possibility for adverse effects or will not work at all.

Current studies non-regarding PPR call a percentage of 30% of non-responders to drugs as methylphenidate. How many of those will have not integrated PPR?

Our own counts mark not 30% drop outs but less than 5%, if PPR are considered.

With impulsive conduction disorder to compensate a persistent MORO reflex would mean to give neuroleptics or to need a higher dosage.

With anxiety disorders, not considering PPR (ATNR) could cause psychotherapy or antidepressants to be without effect.

Examples for action following some of several known reflexes:

MORO causes symmetrical abduction of arms and legs, heavy intake of breath. Then after a short stop arms and legs will be adducted in a kind of embrace, there will be a forced expiration, sometimes a cry. Parallel there is a distribution of two stress hormones: adrenaline and cortisole. This activates the sympathic nerve system and stimulates combat or flight readiness, causes an increase in respiratory rate, heart rate and blood pressure as well as a flush.

So children as well as adults with persisting MORO will be on the edge. They may be empathic or imaginative, but on the other hand they will be full of anxiety (as long as  MORO ist still repressed willently) or acting impulsivly - aggressive in a way that is immature or not suitable for the situation.

Because they realize that uncontrolled actions will cause distress, they tend to control or manipulate their surroundings.

A persistent ATNR can be cause for anxiety reactions, which for the untrained oberver seem to be not adequate, it can impair eye movement and so be cause for dyslexia or may induce dizziness or emesis.

People with persisting ATNR will also have the urge to control their surroundings, they do not love spontaneous decisions or surprizes.

Since 1969 Dr. Peter Blythe, Chester, GB and his wife Sally Goddard-Blythe have developed a motoric program to reduce these persisting reflexes.

Their training will take up to 1,5 years of daily training to decrease the reflexes still persistent to a level, that has no effect on daily life anymore.

Other therapists use a diffentiated form of training and for a persistent ATNR Yoga training has proven useful.

To regard possibly still active primitive preborn reflexes in neurology and psychiatry will improve quality of diagnosis and treatment of many disorders presented to our clinics.

Association of Cesarean Delivery With Risk of Neurodevelopmental and Psychiatric Disorders in the Offspring
The findings suggest that cesarean delivery births are associated
with an increased risk of autism spectrum disorder and attention-deficit/hyperactivity disorder,
irrespective of cesarean delivery modality, compared with vaginal delivery.
Association of Cesarean Delivery With Ri
Adobe Acrobat Dokument 1.4 MB
Download

Associations Between Prenatal Cannabis Exposure and Childhood Outcomes: Results From the ABCD Study
Conclusions and Relevance This study suggests that prenatal cannabis exposure and its correlated factors are associated with greater risk for psychopathology during middle childhood. Cannabis use during pregnancy should be discouraged.
Associations Between Prenatal Cannabis E
Microsoft Word Dokument 14.1 KB
Download 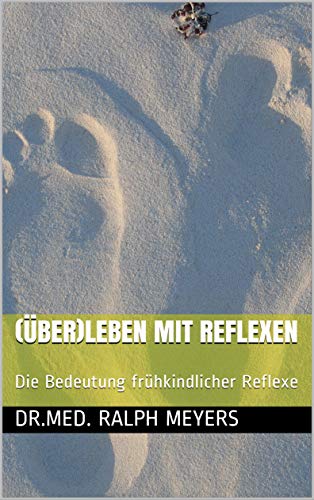